The event which is hosted by Platinum Kids and Redman Vibesman will give the night the eclectic mix it requires for patrons to enjoy great music and performance alike. Its a night filled with a mix of Caribbean energy that has always united people.

Entertianment publicist, Shuzzr, states ‘its an event not to miss… we’ve seen how Caribbean music has been receiving international spotlight and when events/artiste(s) of this caliber is in our area, we have to represent and just show our love… Tagg Entertainment will execute an excellent event and Club Amazura has always hosted the giants in Caribbean music’.

She has hits such as Expose, Kick it off, Da Bounce Wuk Meh, Tz Wine, Klymaxx, Fly, Just cant Wait, Road Calling, Crank It, M.P.D (Move Pass dem) and Antigua Nice.
She’s making all the right moves: from Antigua to the world stage.

From the moment International Recording Group RDX exploded onto the scene in 2007 with their chart topping single Dance, they haven’t looked back nor slowed down, indeed the energetic musical brothers have grown to become one of the most recognizable faces in Dancehall/Reggae the World over.

Shurwayne’s journey to stardom began at a very tender age, while still in the care of his parents on the island of Tobago. Throughout his career he gathered experience and obtained the required understanding of the music business through his affiliations with a number of bands, most notably, that of Caribbean Traffic Jam, of which he quickly became frontline singer. 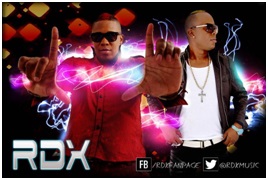 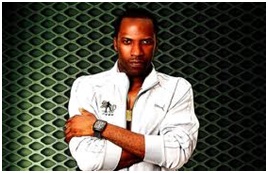