Soca Sizzles with the 'Body Up Riddim' – Album Now Available

New York, NY – Soca music sizzles with the Body Up Riddim – Various Artists, now available worldwide on all major digital retailers (released on September 10, 2013). Produced by Trinidadian-based Donadoni Productions, with prolific violinist-turned-producer André “Donadoni” Donawa at the helm, the Body Up Riddim features some of the top performers in the genre on sexy singles that have already been making their mark. The riddim was composed for Carnival 2013, where it lit up playlists and stages across fetes as one of the sexiest offerings of the season, and makes its bow internationally as it is now available for music lovers everywhere.

Captained by none other than soca star Destra with her infectious “A Million Smiles,” Erphaan Alves with the sexy “Dis Carnival (Your Gyal Is Mine),” Blaxx featuring Umi Marcano on the energetic “Move That Body,” and anchored by “Body Up Instrumental,” Body Up Riddim is bound to drive bodies in a frenzy across fetes and on dance floors for years to come.

Donawa describes his production as hybrid soca, as he fuses soca with futuristic, electronic sounds, incorporating the flavors of the Caribbean along with international influences, namely EDM (electronic dance music). Joining him on this ambitious ride is Trinidadian producer Keron “Sheriff” Thompson, the creative force behind Bunji Garlin’s hit, “Differentology,” who engineered the Body Up Riddim to perfection, making it a must-have for music lovers everywhere.

Body Up Riddim is now available worldwide from all major digital retailers. 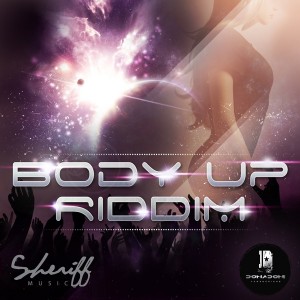