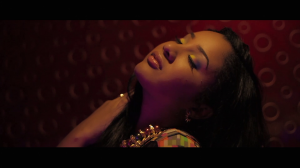 The song, which is on the Tunova Riddim produced by Christopher Birch, is another credit worthy effort by the Belizean who has carved out a reggae niche for herself while still maintaining her Belizean roots.

She says for the video,”We wanted a nice fresh look – not so clubby, and we just basically did a video with willing people that came out for the ride. I had more help with this song, it was co-written by Version, who is an artiste signed to Birch Hill Records. Based on the response this one is a definite smash as its getting hundreds of views every day”. 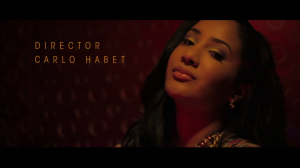 The video for Mr. Dj Boy was shot in Belize and directed by Carlo Habet and is now being shown on free to air and cable stations in Jamaica and has also, since it release, notched up almost 23000 views on popular video sharing site YouTube.
Carter says she is happy with the response to the video, “The fans love it. I was a bit surprised that the video has taken off so soon since its release but I am happy that my kind of reggae keeps resonating with the fans. This is just the latest of what Birch and I have been cooking up in studio”.

The Belizean has been kept busy lately with several dates on the US. She is currently booked for shows in cities including New York and LA and still dominates the Belizean Reggae charts. Tanya plans to continue releasing what she calls the “sexy and sophisticated reggae” she is known for.