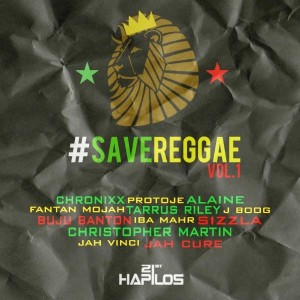 BBC Radio 1Xtra is one of the premiere digital radio station in the United Kingdom from the BBC, specializing in urban music varying from such genres as Hip Hop, House, Dancehall and Reggae music. The sister station to BBC Radio 1 station, BBC Radio 1Xtra is regarded as one of the most popular digital radio stations, boasts millions of listeners and features a 24/7 programming of various music and notables shows.

Although it might seem as if the talented artist just exploded on the scene, Chronixx has been perfecting his craft since the age of 14. He has become undoubtedly one of the biggest breakthrough star of reggae of the past few years. He has constantly delivered memorable hits thanks to his unique style, and with his gift to reggae was chosen for the 21st Hapilos Digital compilation of “#SaveReggae Vol, 1”.