Swappi, Orlando Octave on the 868- PengCo Music Goes Against The Grain

July 22, 2013 (Port-of-Spain, Trinidad) Music producers may come a dime a dozen these days in Trinidad and Tobago but good ones understand the value of honing their craft. For that reason, Pengco Music’s Randal Alexander has been making the rounds at international music conferences and the like in recent months, this of course, amid working on a project he’s referring to as Riddim 868- something that’s very different from anything done in Trinidad and Tobago in the past.

Swappi and Orlando Octave recently wrapped up work with Alexander, completing Riddim 868 in what has been described by the super producer as a unique twist to the norm. He explained that his aim this time around was to experiment between the median of a single and a riddim, having chosen two artistes only, rather than three or more, which would have made the project a riddim. Noting that a single is done by one artiste, Randal’s rationale was that two people is the median, and this in itself, relative to production, is quite different. 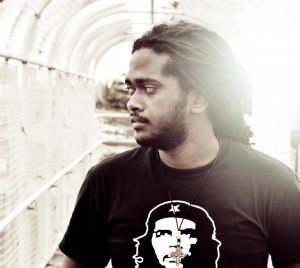 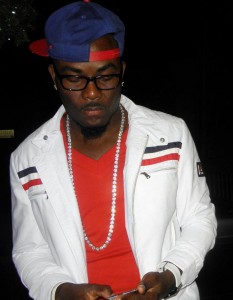 Orlando Octave has been relatively quiet for a while but Swappi has been making waves since Carnival 2013. Now, with his single, ‘Protect Me’ on the project, Randal says it is likely that Swappi will dominate the airwaves further. Octave’s single is called ‘Twerk It’- a sexual connotation no doubt, but one that Randal feels Octave’s young audience will find relatable. “Both of these artistes represent the youth audience and ideally, that’s the demographic that this project aims at appealing to,” said Alexander. On the name of the project, he said he simply wanted to make it completely relative to Trinidad and Tobago, explaining, “I want people who are looking on from outside of Trinidad and Tobago to know that we’re not only about carnival, Trinidad James and Nicki Minaj- we’ve got a lot more to offer.”
Videos for both singles are already in the works with Swappi’s having been started this past weekend in the Sealots, Trinidad community he grew up in. It was the first time Swappi had returned to the area to shoot a video since he shot to fame, some years ago.

Pengco Music has worked with a number of renowned artistes over the years. Most recently however, Alexander and his team at the studio have been hard at work with Trinidad native, Aaron Marquez. They’ve been arduously been seeking perfection on an album being completed by Marquez. “It’s almost completed,” assured Alexander, in the same breathe noting that he has a lot of faith in Marquez’s ability. The production house also works closely with several corporate entities. “We’ve been doing jingles here at home and abroad. We did the Ferreira Optical ‘One Plus One’ jingle,” he said. Amid all of that, Randal has been working on other musical projects with Swappi, Orlando, Nigel Rojas and others, including Jamaican entertainer, Gyptian. “I have over 30 new songs to release from various artistes out of T&T and Jamaica,” said Alexander. He said he expects these to be released continuously between this present time and the next 18 months.