This is the debut full-length by Joseph Childress. The ten songs on this record, dubbed “The Rebirths” by fans, were penned on the road during nearly two years of “hard traveling” – hopping freight trains, hitchhiking, and eventually living out of a car. All this came to a halt shortly after finding trouble in New Orleans, prompting Joseph to find his way back to his childhood home in the Colorado Rockies. Once there, he locked himself in the bathroom with his road-worn guitar – its neck cracked while jumping from a train – and recorded this album. Filled with young wisdom, heartbreak, and spirited jubilee, this self-recording of Joseph Childress is a stirring introduction to a young songwriter with a soul-piercing voice and an undeniable gift of song. 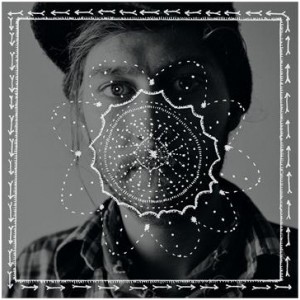 A low-fi snapshot of his experiences, The Rebirths captures a moment of euphoria as Joseph’s personal stories unfold into timeless songs. Peppered with thumps, creaks, improvised percussion, the weather outside the bathroom window… these recordings serve as a raw document of the time and space in which these tracks were laid. Joseph’s emotionally charged voice is powerful as it tackles tragedy and triumph over guitar that ranges from intricate finger-style to furious strumming. Fans of haunted troubadours Jason Molina, Jackson C. Frank, Townes Van Zandt and early lo-fi pioneers will find many similarities in Joseph’s music, but even more striking will be Joseph’s refreshingly original command of song.

In print due to relentless demand, this presentation of The Rebirths – available worldwide on bright white vinyl and digital – is newly mixed by The American Opry and mastered for the first time by Paul Oldham.