Steele Continues To Write His Own Script in Canada

Reggae artiste Steele is a man on a mission. Unlike some others artists who have thrown in the towel where Canada is concerned as a viable reggae market Steel remains steadfast in his belief that Canada is a viable market for its local artist.

The man referred to as the Canadian Reggae Sensation says he’s proof that this is possible.

“First you must define what success means to you as an artist and furthermore as an individual,” says Steele. “I’ve always pride myself on being a leader, if it means sleepless nights to accomplish things that seem impossible then that’s what I’ll do. The Almighty continues to bless me and that I don’t ever take for granted,” he said adding that for you to enjoy success in your chosen field certain key ingrediences are necessary — passio, drive and commitment.

“Plus, you must always respect people and make sure you respect yourself. I know that Jamaica is the root and the mecca for reggae, so over the years I’ve tried to incorporate some of what I’ve learned in Jamaica and find the common blend to make it work for me in Canada”, he says.

From Canada, Steele continues to release globally appealing reggae music, thus allowing him to enjoy regular radio rotation from various markets including the top Caribbean festivals such as Jambana, Calgary Reggae Festival, and Jamaica Day in Toronto. Out of the country he’s performed on some of reggae’s biggest stage including Reggae Sumfest and Rebel Salute in Jamaica.

He has signed agreements with the world’s top reggae distributers, including his latest album Reality being distributed by VP Records.

Born in Hanover Jamaican the artist is also a devoted father. “One of my major reasons for being so grounded is my children. There is no way I could leave my children for any long period at this crucial time in their development. They truly rely on their mother and me for guidance. A phone call now and then could never be enough,” he said.

For Steele a career should never replace making a difference in the lives of your children.

“I’ve heard of situations where artist who were once very popular have had to spend their later years alone because their children refuse to be around them. The fact is they were never there for them emotionally. That feeling of resentment can never be changed. I could never live with that. This is why I’ve focused on building my music career in Canada where I live, and I truly believe that my music have earned the respect from my ever growing fan base and the media,” he said.

Steele says his stance is not judgmental but rather a show of love for the country he now chooses to call home.

“Personally I love Canada and I truly love reggae music. I accept the role of being the reggae ambassador for Canada. It’s my piece of the pie and I’m glad for it,” says Steele. 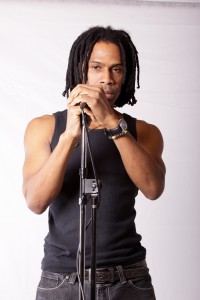