GROOVIN IN THE PARK 2013 ANNOUNCED FOR SUNDAY JUNE 30 AT ROY WILKINS PARK, NYC

Toots Hibbert, Barrington Levy, Queen Ifrika and Coco Tea to perform in New York: Groovin Inc., the promoters of the annual New York City music extravaganza Groovin In The Park are very pleased to announce their third annual concert for Sunday June 30 for Roy Wilkins Park in Queens, New York. The announcement was made at the event launch at the Consulate General of Jamaica in Manhattan recently.

“I am personally very delighted that my team and I have been able to perfect our game plan and return to Roy Wilkins Park for the third year with another world class production that is guaranteed to thrill music lovers across the New York tri-state region”, Chris Roberts, founder and CEO of Groovin Inc. announced today.

Although Groovin In The Park is only heading in its third year, this eclectic New York City event that synergizes the most awe-inspiring talent from the planets of reggae and R & B has already cemented an enviable reputation as the summer concert that is not to be missed.

This year the event promises to be a ravishing treat for reggae lovers who will have the opportunity to see Toots, icon and former lead singer from the classic 60s group The Maytals doing nostalgic anthems such as 54-46, Sweet & Dandy and Monkey Man. Equally enrapturing will be a rare performance in New York City by the modern day Fyah Mumma Queen Ifrica who typically has audiences chanting her ever last word in live performances. And of course, the anthologies of both Barrington Levy and Cocoa Tea have defined excellence in reggae music over the past three decades, so fans attending Groovin In The Park this year are in for a truly special treat.

“I am excited about performing at Groovin In The Park on Sunday, April 30th. It is gonna be a grooving event” veteran reggae legend Toots told the gathering at the launch. “I am encouraging families to come out early and enjoy the event.” 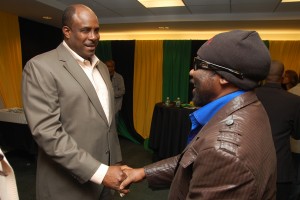 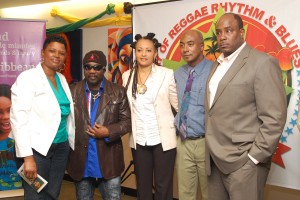