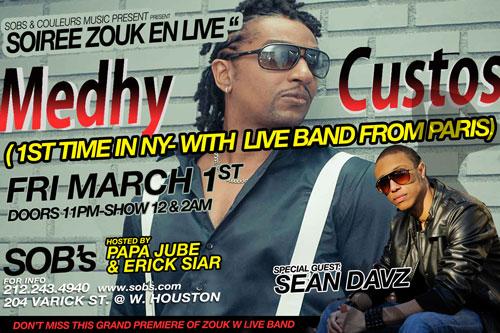 After years of touring and packing venues all over the world, the truly gifted French singer-songwriter, Medhy Custos, will make his live New York debut at SOB’s on Friday, March 1, blessing US fans with his sultry and infectious dosage of Zouk, the sexiest music on the planet! Don’t miss out this special performance, with a very special guest “SEAN DAVZ” one of New York’s Zouk prospect, it’s going to be a night to remember.