Brother B Makes Impact In Hollywood

Grenadian Soca artist Brother B has returned from Hollywood after making a major impact in Hollywood. Being the first Soca artist in history to be nominated for the NAACP image awards, fellow nominees were keen to meet the Soca artist from Grenada.

Brother B met top celebrities such as Ziggy Marley, Regina King, Tatyana Ali, Mario Van Peebles and Shernell Edmunds. At the first Red Carpet event at the Montage Hotel in Beverly Hills, Brother B wore a Grenadian tie made by designer Queenie who is based in St George’s Market in Grenada.

Attending each Red Carpet event with wall to wall press and paparazzi attending, Brother B was able to wave the Grenadian flag on the red carpet and promote Grenada as well asSoca Music. Brother B has been such a hit with the media that a few of them have posted videos of his interviews online with pictures stating how proud they are of him.

Estelle won in his category, however Brother B has attracted a lot of interest in his music since his trip to Los Angeles, with an increase in his music online being sold via itunes and amazon. Also attracting over 20,000 people viewing his facebook page during his trip to Hollywood, USA.

Brother B will be back in the USA for a series of events later on this year to continue taking his music one step ahead.

All of Brother B’s music can be found online via itunes, amazon, spotify and all major online retailers.

Brother B would like to thank the most high for bringing him and managersafely to Los Angeles and back home to Grenada. Also to send blessings to all of his fans, supporters, family, friends, producers and featured artists on the album, Shy’s bar and management. 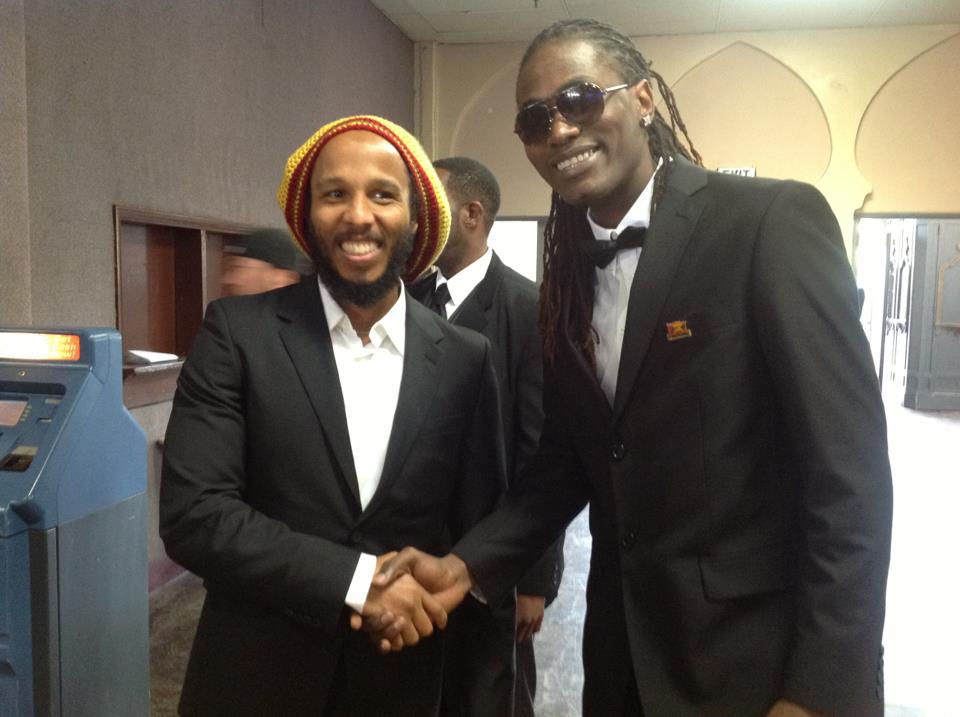