Celebrating 150 years of existence, College of the Immaculate Conception aka C.I.C. made waves with a successful edition of its annual mid-season soiree ‘Feting with the Saints’.
For 2013 the prestigious educational institution attracted top government officials, TV and radio personalities and fete-a-holics to party and partake in numerous delicacies which ranged from BBQ Ribs, Roti, Wantons, Pork Dumplings and Geera Pork to Suckling Pig, Creole dishes, Crab and Dumplings, and Corn Soup. The fete that had a seemingly unending supply of food also featured horse on its menu for 2013 and offered several bar stations boasting a variety of premium drinks and spirits as well as exotic cocktails.
Several attendees thoroughly enjoyed this year’s entertainment line-up which featured performances from the vibrant and talented Dil-E-Nadan which moved the massive audience with its unique Chutney-Soca sound mixed with classic Soca numbers. The beloved Roy Cape All Stars with lead singer Blaxx was also on hand to get the C.I.C. crowd in a dancing state of mind.

Both the younger and mature fetters also took much delight with the performance by St. Mary’s graduate Kees Dieffenthaller who brought a lively, pulsating vibe with his popular Pop-Soca crossover band, Kes the Band. The band delivered an interactive set which was a part of its new “Isle Of Kes” tour. Special guest artistes such as Iwer George, Shal Marshal and T.C. also added their unique style of ‘jump and wave’ to the entertainment segment.

The combination of fantastic music, premium food and drinks and an excellent party and socializing atmosphere made Feting with the Saints a true successful Carnival experience in the minds of many of its attendees. It is without doubt that the St. Mary’s College Past Students’ Union will continue to deliver stellar fundraising events for years to come. 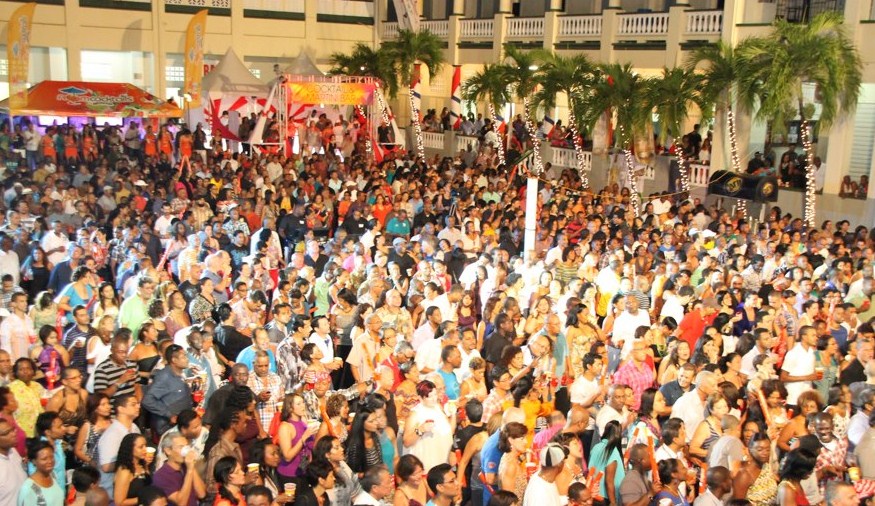