The MC for the evening will be Dominique Reighard from America’s Next Top Model – Cycle 10.

EMERGE! A Fashion Runway Show was created and produced by Dionne Williams of D. Williams Public Relations Group. Hair design will be provided by Bennett Career Institute and make-up being provided by Lamik Cosmetics. Other sponsors for the evening include: flowers and production design by Adam Leffel Production with florals being designed by Polpat Klongkhayan, each adding to the events success.

During the show, Shara Harris, Esq. will be announced as Executive Director of the EMERGE! Brand, which includes EMERGE! Fashion Show, EMERGE! Management and Emerge! workshops and education. Through EMERGE!, Harris will create education programs and resources for designers throughout the year. 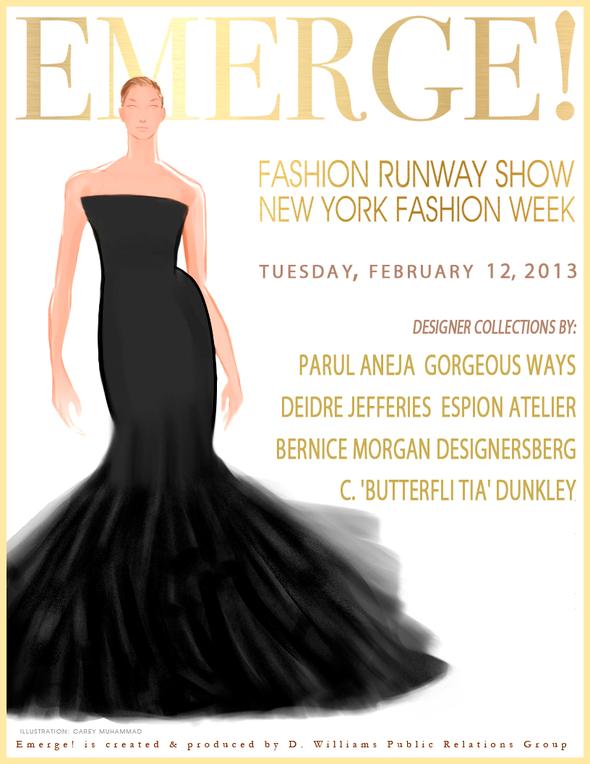 EMERGE! A Fashion Runway Show has become one of the top emerging designer platforms during New York Fashion week and has been consistent in providing a national outlet for emerging designers to showcase their work. Hundreds of designer submissions are reviewed by an elite designer committee, which selects some of the top designers from around the world.