The Soca Spice from St.Kitts is at it again. Yes, just after a few weeks of releasing her Sugar Mas single “MASH UP”, Cinnamon is back, this time teaming up with Wetty Beatz, a young producer from Union Island, St. Vincent who is mostly known for his popular 2012 riddim “Muddy Jab Riddim” which featured Grenada’s top artists Tallpree and Lavaman. The new single called “Chopper” was written, produced, mixed and mastered by Wetty Beatz and with the powerful vocals from the dancehall diva turn soca queen, it’s sure to be a favorite on your playlist. 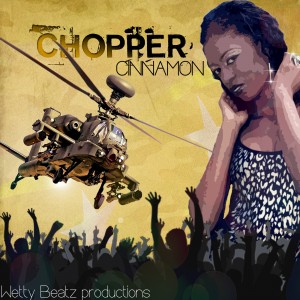