Legendary Jamaican Songstress Tanya Stephens thrilled her fans with a “Boss” of a performance on December 24, 2012 at the “Woman is Boss” show at the Woodbine Ballroom, Brooklyn NY. The show also featured the true Empress “Nadine Queen”, Princess Menen, Thunder Bolt and Noah Di Youth with Di Powa.

The next act for the night was Nadine Queen who thrilled the audience with a powerful cover of Adele’s’ “Someone like You and “So much Trouble” and “I Believe” which was well received by the audience. This act was then supported by a spirited performance by the youthful and self-confident Ghanaian born artiste Princess Menen who raised two of her hit songs “Mi Ready” and “Dem No Genuine”. The audience rocked to the beats of her melodious tones as they sang along to her conscious lyrics.

The crowd was now in high spirits by all the acts of the talented performances of the night and was now anticipating the “return” of Tanya Stephens to the stage. Tanya Stephens is no new name to the Jamaican music scene, having been around since the early 90s and continues to make hits today. Pandemonium broke loose as the talented vocalist made her way to the stage. Tanya hit the stage with her famous song on the “Joy Riddim”, “Yuh Nuh Ready Fi Dis Yet” (which was the song that launched her music career).

Tanya is known for popular hits like : “Goggle”, “Turn The Other Cheek” “Boom Wuk”, “Handle The Ride”, “Big Heavy Gal”, “Too Hype”, “What A Day”, “Draw Fi Mi Finger”, a new song “Weather Changes” “Pon De Corner”, “Can’t Breathe”, “After You”, “The Truth”, “Do You Still Care”, “These Streets”, Tanya ended her set with “It’s A Pity”. With such a revolting performance she could not leave the stage with her little over one hour performance, as the D.j requested for her to do one more of her mega hit “119” and from the loud reaction of audience, she could not leave without doing so, they were not ready for Tanya to leave, before she did that song.

The tone of this performance was extremely mellow, high energy and also a sing along as lyrics of all the songs were being heard belted out by audience as they raved for their favourite song. This live performance is just a teaser for her latest album “Guilty” which is slated to be released early next year by Stephens. Stephens explained that she chose the name “Guilty” because she was accused so much and admits in a cheeky way that she accepts that she is guilty. This album was actually slated to be released this year however Stephens explains that she missed the mark and it is now ready for early next year. 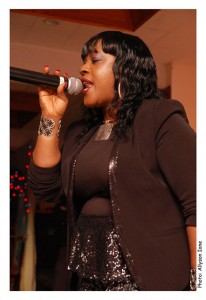 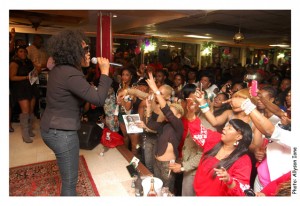