The Caribbean American media fraternity in New York is mourning one of its own.
Many woke up to the shocking news yesterday, Dec. 27th that Eion “Dreadless Ras” Saunders, founder of ZYNC TV/NEW YORK LINKZ, passed away suddenly early Thursday morning at a Brooklyn Hospital. He was 47.

The news stunned many in New York’s Caribbean American media circle and the wider community which Saunders had covered since 2005 as an independent television producer, director, writer, and host.

Saunders became widely known after launching on the Caribbean platform, CIN with Whatz Up TV and then branching out on his own as Zync TV. He then moved on to airing on Tempo TV after his show was canned along with several others from the Diaspora by Stephen Hill, of CIN.

ZYNC TV/NEW YORK LINKZ aired every Friday from 7 p.m. on Cablevision Ch. 1105 in New York, New Jersey, Connecticut and Pennsylvania and throughout the Caribbean. The television magazine styled show focused on news and entertainment within, the Caribbean Diaspora.

Saunders is survived by a wife and three daughters.

News Americas wishes to extend sincerest condolences to this family.
“He will be truly missed,” said NAN’s editor-in-chief, Felicia Persaud, who expressed shock at the untimely death of the Jamaican migrant and colleague. “I’m stunned but also once again made painfully aware of how fragile life is and how quickly we pass through this world leaving nothing but the legacy of our work – good or bad! Eion’s good work will live on forever.”

“Eion was the consummate friendly face that you will ever meet,” reminisced Irwine Clare, of Irie Jam radio and formerly of Caribbean Lifestyle Television, which shared the same platform with Saunders for five years. “His work in the Diaspora is a testimony and a legacy for his children and those who were privileged to have known him.”

“I got the call this morning and thought it was a bad joke at first,” said Shaun Walsh, founder of Whatz Up TV. “He used to be with our Whatz Up TV at the beginning of his TV career and then took it to the next level. It was good to see a little idea grew and spread beyond New York but now it’s one less person doing it and it’s sad for the community as we don’t have this voice anymore. It’s a loss in every way but my thoughts are with his family and children right now.

“So it’s important for people to come out to his party tomorrow evening and celebrate his life and support the legacy at Tracks Café at 1556 Ralph Avenue at Brooklyn, NY 11236.”

“We are deeply saddened on the passing of our dear friend Eion “Dreadless Ras” Saunders,” stated Maxine Nolan of Pure Fame Media INC via email.
Others took to Facebook to voice their shock.

Maxine Greaves, of GMAX Entertainment and a friend of Saunders, noted: “You will be missed. Gone too soon! I am at a loss for words,” on Facebook.

Andrea Bullens, whose show, “Caribbean Lifestyle Television,” aired on the CIN platform along with Saunders, added: “I’ve known this humble and peaceful brethren for over 20 years. We’ve done a lot of work together and we were a part of the CIN family for some 5+ years. We have shared several moments and he was always willing. I am so, so saddened and shocked that Eion Dreadless Ras is no longer with us. I pray for his girls and his wife CJ. May his soul RIP.”

Funeral arrangements have not yet been announced. 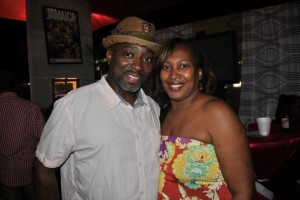 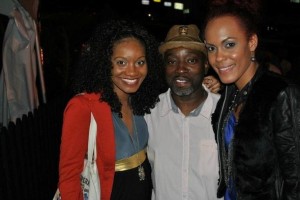 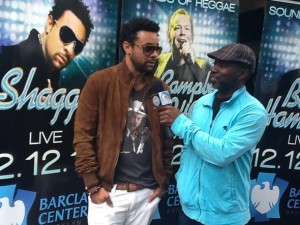