Despite the fact that for three years, two young, budding Soca artistes faced defeat when their music failed to get the desired airplay at radio stations across the country, they are saying DJ’s have over the years, advised them well.

Kenman and Chico are a dynamic musical pair out of the San Juan area of Trinidad. Ahead of Carnival 2013 on the island, the duo has struck gold with a single called Chippin In A Band. The song has been receiving the warm embrace of radio personalities and their DJ’s and according to the pair, this is all thanks to their personal acceptance of the constructive criticism they’ve received over the years.

Kenman, real name, Kenwyn Cuffy, is eager for the possibilities that lie in wait. Likewise, his partner in music, Chico- real name, Ashton John, is assuring that their on stage antics will leave party lovers in a frenzy. “What we bring to a stage is real entertainment,” he said, adding that promoters and patrons can expect nothing short of a mind-blowing performance.

With plans to simply allow this single to penetrate as best as possible, both Kenman and Chico will hold off on doing any other singles ahead of the carnival season. The level of airplay they’ve been receiving has come as quite a pleasant surprise to them both and so, with a strategic process set in their minds, the young duo plan on making their C2K13 contribution a memorable one.

Admitting that the melody of the track is the secret behind its success thus far, Kenman says he is happy to see that the single is being enjoyed by both the young and mature. “The melody is really nice and people seem to be enjoying that more than anything else. We are really grateful for the love we’ve been getting and we plan on keeping the momentum going,” he said.

Chippin In A Band was produced by San Juan based, Twistline Productions and written by both artistes. In this, their seventh year in the music business of Trinidad and Tobago, the duo is undoubtedly basking in the success achieved thus far, ahead of the Carnival season.

With tremendous admiration for Soca hit-maker, Machel Montano, both artistes are aspiring to be like the veteran entertainer. “Machel has really shown us that hard work is the key to success. He never stops at ‘ok’- he always goes for the best and we would love to work with him one day,” said Kenman. Complete with a dance crew known as the Fusion crew, Kenman and Chico are looking forward to what they feel will be a successful season ahead. “We’re just happy that our song is getting the airplay. We plan on making the best of that and just going hard into the season. Like Machel, we won’t stop at ‘ok’- we want to give the best and get the best results in return,” said Chico. 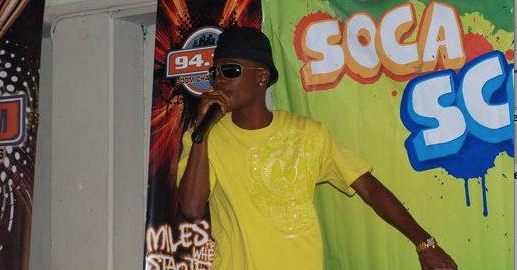