Delus To Perform At The Launch Of ONE MIC, The Artistic Movement On November 30, 2012

Reggae artist, Delus, will perform at the launch of One Mic, The Artistic Movement on Friday, November 30, 2012 at Club White Dragon in New Kingston. The “What Tomorrow May Bring” crooner will be among a line-up to include Keida, G Whizz, Raquel Jones, Rae Tay, Conkarah and Colas, backed by High Symbol Band.

With sponsors such as Billboard Magazine, Icey Jace Film Factory, HDP Media, Viewzz Media, White Dragon, Triple 7 Entertainment and Krystle Karee Design Studios, One Mic, developed by D’Events and Destine Media, will be a weekly event to be held at Club White Dragon for the next three months. Kemar Daswell of D’Events remarks, “One Mic’s main goal is to expose emerging talents in Jamaica who are most often overlooked. Delus is one such artist. He bridges the gap of seasoned talent and emerging artist which is why he was selected to jumpstart the One Mic movement in Jamaica. Along with the positive nature of his songs and always upbeat disposition, he truly embodies the One Mic mission – dream and pursue.”

He adds, “This is a unique experience that I am happy to be a part of. To be able to perform my singles with a band and not tracks is always something I welcome. This is a great way to wrap up 2012. Much respect to D’Events for considering me – I appreciate the support.” 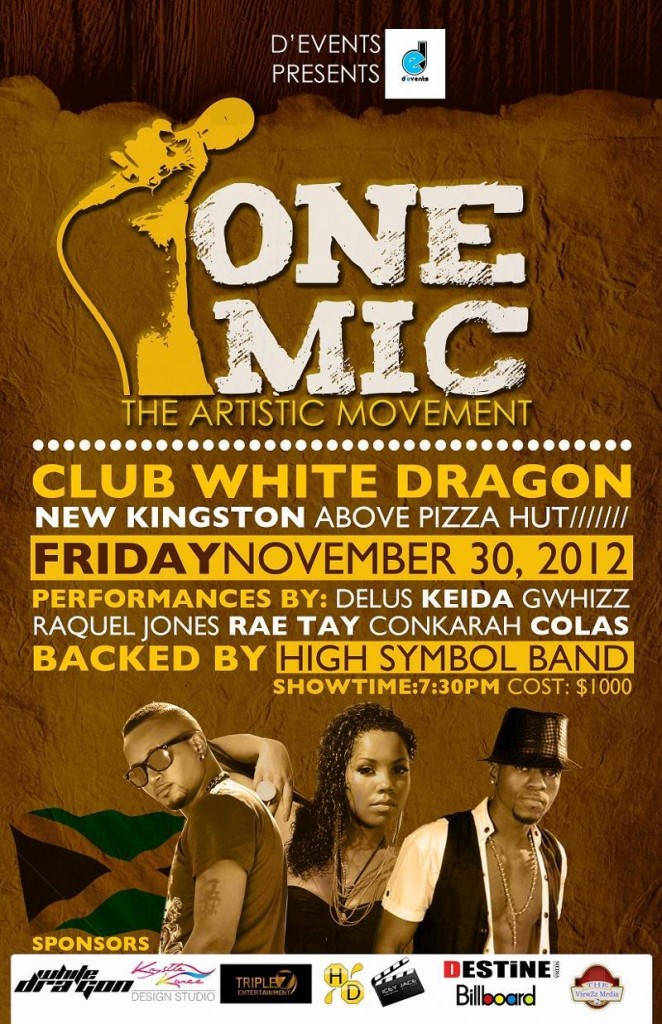