International dancehall recording artist Konshens continues to raise the bar. On Friday, October 26, 2012 Americas Next Top Model (ANTM) cycle 19 aired episode 9, which was filmed on the island of Jamaica.

Like every week the models are faced with a challenge and this week was no exception. For their challenge the ladies were split into pairs and told to choreograph their own dancehall routine. To assist as a celebrity judge, ANTM made sure to call on one of the islands hottest dancehall recording artist, Konshens.

Konshens was selected as this weeks celebrity guest judge and his chart topping song ‘Do Sumn’ was the featured song for the challenge. Prior to creating their own routine the ladies were given a two minute preview of what a hardcore dancehall routine should look like by a few Jamaican dancers. Some key pointers were given to the models teaching them how to incorporate the ‘in your face’ ‘dancehall attitude’ into their routine.

Konshens critiqued the models and looked for the pair who best exemplified ‘dancehall swagger’. He selected the winners, who received $3000.00 worth of jewelry from designer Bianca Bartley of ‘Peace-is of Bianca’. 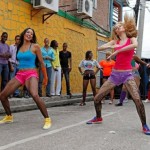 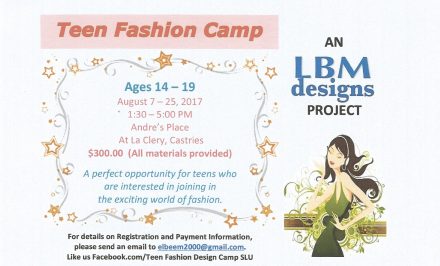