During the 2012 Trinidad and Tobago Carnival, which ended on the streets of Port of Spain on Carnival Tuesday, Antilia – known for attracting and entertaining celebrities at the world famous celebration – threw a glittering 29th birthday party for Caribbean supermodel Selita Ebanks on Carnival Saturday.

According to Antilia CEO Simon Khan, Ebanks – ranked in 2008 by Forbes as one of the highest paid supermodels in the world – visited Trinidad over the weekend for her birthday and “to experience the vibrancy of Trinidad and Tobago, exemplified by our annual Carnival.”

After the event, the former Victoria’s Secret Angel tweeted: “My bday weekend was beyond life darlings! S/O to @simonkhan and Antilia. The cake was amazing! #♥trini”

At the same event, Antilia hosted a birthday celebration for Trinidadian pop star Aaron Fresh, who turned 19 on Carnival Monday. Fresh, who was discovered by rapper/comedian Nick Cannon, and who is currently signed to Def Jam Recordings, has enjoyed mainstream success on the US Billboard Hot 100 chart through his single “Spending All My Time.”

Top Trinidadian soca singers Machel Montano, the 2012 Road March champ, and Kees Diffenthaller were among the local VIP guests at the celebration, both of whom delivered enthralling performances.

To cap off the evening, Antilia presented Anya Ayoung-Chee – T & T’s newest “tourism ambassador” – with a Gâteau Opéra (Opera Cake) along with a Veuve Clicquot champagne toast, in celebration of her recent engagement to American photographer and longtime boyfriend, Wyatt Gallery.

About Antilia
Antilia is a Caribbean entertainment brand dedicated to the global promotion of Caribbean culture, entertainment and tourism. The company represents a nexus between Caribbean elegance and New York style, allowing Americans, overseas-based Caribbean nationals, the media and others to experience the integration of cultures through visionary special event productions.

The company continues to promote the most prestigious and upscale elements of Caribbean culture such as Caribbean art, music, fashion, spirits and liqueurs, fine dining and sought after festivals, both within and outside the region.

Antilia is based in Trinidad and Tobago. 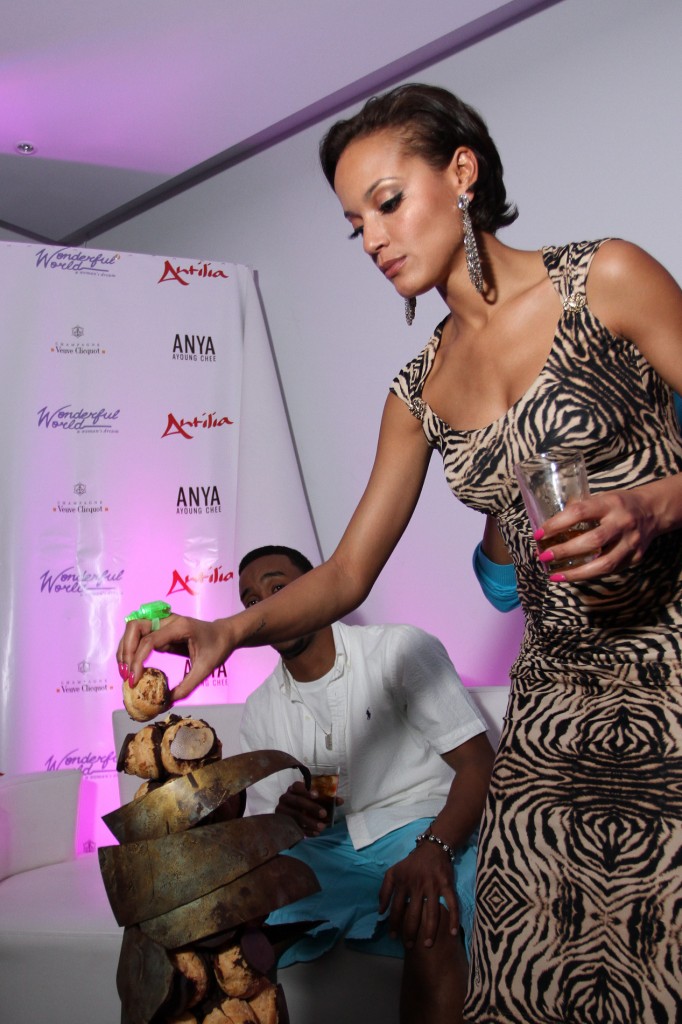