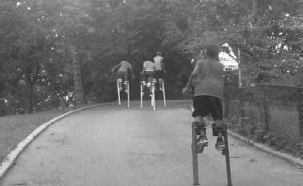 Jamaica, January 19, 2012:- Fast rising singing sensation Claudia Edward has claimed reggae as her musical love and proclaims this with the release of two new singles: This Love and Loving You. Both songs are being released as she seeks to conquer new ears and claim a reggae fan base.

The St Lucian based artiste is very excited about her foray into the genre and says she expects people will warm to her style: “Reggae is in my blood and is a genre that I have been singing since I was a child. Last year I did a lot of work with dancehall star Ce’Cile who actually wrote both songs. We recorded the vocals at Big Yard Studio in Kingston getting the support from some of the best in the reggae business”.

Claudia says the response to the two tracks have been positive and motivates her to delve deeper into the reggae genre: “I have been getting a lot of reviews from not only Jamaicans but my fans all over the Caribbean and it has been wonderful the way that the songs have accepted. When I posted the songs on my twitter and on my facebook people were so excited by them and kept asking when I was going to do a reggae album”

The artiste who is a classically trained singer has been performing professionally since the age of 14, starting out as a lead choir singer and then moving into the hotel circuit. She is very popular in her home country of St Lucia and has in the past been nominated for “Best Female Artist of the year” in the “St. Lucia Fine Arts Awards. A regular on festivals in that region having performed on the St Lucia Jazz Festival in 2002, 2009 and 2010 as well as Grenada’s 2003 Spice Festival, Claudia wants to move to another stage of her career with two well produced and delivered reggae tracks.

Ce’Cile Charlton who is known for her dancehall hits Coffee, Goody Goody and Hot Like We as well as for reggae hits such as When You’re Gone and Missing You, says Claudia is a gem: “Claudia is very talented and I am happy to have worked with her. The two songs that she is releasing now are good examples of how good her voice is and I know that she will do well as a reggae artiste. While we were recording the songs I was amazed at how naturally her voice complimented the reggae beats and hearing the finished product brings pleasure to my ears.”

Claudia for her part is happy to have gotten the chance to work with Ce’Cile: “Working with Ce’Cile was a pleasure and the whole team at Big Yard really made the music that much better. I am sure that going forward I will be working much more with them as the music we produce is getting a good reception Caribbean-wide”

Claudia’s This Love is on the Everest Riddim and her second track Loving You is on the Orion Riddim. Both songs have been released to radio in Jamaica and are available on itunes.