New York, NY December 25, 2011: Steel Pan was the focus at an international event – Tropicalfete Countdown 2011 Top 100 International Caribbean Songs for the year. Ricardo Greenaway world-renowned steel pan percussionist was given the mountainous task of performing the top 5 songs for this year on steel drums; which he did to perfection. 1. Man Down by Rihanna, 2. On the Floor by Jennifer Lopez ft Pitbull, 3. Summer Time by Vybz Kartel, 4. Wotless by Kes Band and 5. Advantage by Machel Montano. Mr. Ricardo opened up his set with last year’s number one song, Gyptian’s “Hold You”. According to Brittany Somerset, Ricardo’s renditions of the songs were “flawless.” Sallyann Lares stated that she was “boiling with pride that the national instrument of her country Trinidad and Tobago was in the spotlight.” “I love the idea of having a music chart that unites all the Caribbean musical genres as well as the music in the diaspora” said Rondel Joseph.

An import component of Tropicalfete Countdown is presenting Tropicalfete’s Award of Excellence to a person and/or organization that have had a roll in the development of the Caribbean Community. The achievement of this year’s awardee, Journalist Patricia Meschino, is significant on an international level. Her work has a positive impact to the Caribbean community, putting Caribbean culture on the pages of main stream publications such as Billboard Magazine, Air Jamaica’s In-flight magazine, SkyWritings. Additionally, she contributes to Bobmarley.com, Riddim magazine, The Associated Press, The Village Voice, Vibe Magazine, The Source, The Miami New Times, Caribbean Travel and Life Magazine, Sandals Lifestyle Magazine, Red Bulletin (Holland) and Songlines (UK). In her acceptant speech Patricia said that her work of twenty plus years is a “labor of love.” She also said that it is “imperative that Tropicalfete document the top 100 songs for the year.”
Master of ceremonies Miss Caribbean U.S. Paula Leake and Omari Ozwald Peterson did a remarkable job of keeping the show flowing. The show got started with the hosts reading out the names of persons involved in the arts that passed away in 2011. Conqueror/Conquie (Leroy Paul) of TNT – 27th January, The Mighty Striker (Percival Oblington) of TNT – 05th February, Carolyn Forde (Tassa) of Barbados – 09th February, Thomas Peter (Chippy) of St Lucia – 07th March, Gregg Van Gurp (Mighty Gregg/Snoppy) of St Maarten – 04th June, Neville McIntosh (Jeweller) of TNT – 31st August, Jeff Elva (The Mighty Pelay) of St Lucia – 28th September, and Joel Chin – VP Producer fatally shot in Jamaica on the 16th of August.

Comedian Sherwin XL opened up the performances, followed by Tayazawan. Tayazawan performance was received with thunderous applause. Veteran reggae artist Ardie Cuban Wallace delivered a stellar performance. Soca artist Trinity pleased the audience with his melodic vocals and dancing during his set. Traci Marie and Friends came on stage with one aim- to entertain the audience with their positive energy. They did not disappoint in their goal. They had the audience singing and dancing along.

Tropicalfete’s program Musicians Mentoring Musicians was introduced at the event. The program partners up talented and accomplished musicians with aspiring musicians to nurture and teach them various types of musical instruments, as well as providing these fledging musicians with a more in-depth and honest look at the industry, so they will gain deeper insight into who they are as artists. The program also seeks to collect donated instruments to be placed in public space and/or be given to individuals unable to afford an instrument. A preview of Tropicalfete Carnival Costumes for 2012 was also showcased at the show. 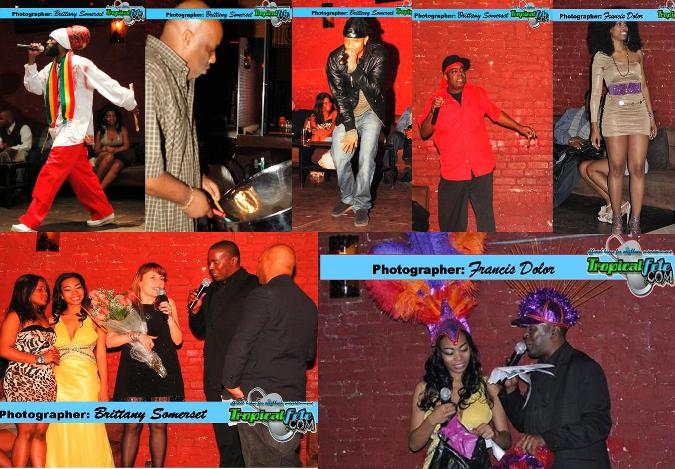