New York, NY (October 21, 2011): After a successful European summer tour, Third World has hit the ground running with the planning of the second installment of their Spirit Lives concert series. The first, which premiered in New York City at the Highline Ballroom on April 5, 2011, featured artists Tessanne Chin and Donahue Jarrett.

By rave reviews and popular demand, the group will host the second series at the Roxy Theatre in Los Angeles on Wednesday, November 16, 2011 at 8:00PM. Celebrating 38 years and introducing their 23rd album, Patriots, the concert will feature performances by Tessanne Chin and special guest, Leon and the Peoples. Co-produce by ASOM Production, the red carpet event will be hosted by Pat McKay of Sirius XM and Native Jobson of Indie1031.com and is sponsored by Afterbeat Entertainment, Triple 7 Entertainment, Sirius XM4, FeverEyes.com, Indie 103.1, Revolution Laboratory, Steady Image, LA Reggae among others.

As an added bonus, the concert will be streamed live on caribbeandreamerstv.com. Not only will fans get to watch the concert live, they will also get a chance to see preview episodes of Caribbean Dreamers, an upcoming series that captures up close and personal look into the group’s life while bringing their unique artistry globally. Third World is encouraging fans to log on to the website and pre-register. Additionally, fans are asked to make a pledge wherein a percentage of said funds will benefit the band’s official charity, Jamaican Children’s Heart Fund, Inc.

A 501(c)(3) organization, JCHF is comprised of a pediatric cardiac surgical team and an intensive care team from the Joe DiMaggio Children’s Hospital (JDCH), Hollywood, Florida, headed by Dr. Richard Perryman, Chairman-JCHF/Director Cardiothoracic Surgery JDCH, along with Dr. Gerald Lavandosky, Vice Chairman-JCHF/Pediatric Intensivist JDCH. JCHF, which recently announced their merger with Chain of Hope Jamaica, has conducted pediatric cardiac surgical missions to Jamaica over the past twelve years. The recipients of this cost free life saving surgery were as follows, 93 children under the heading of CHMA and 31 children to date under JCHF, totaling 124 recipients to date. Their mission, “to facilitate and address the urgency reflected in the increasing, rather than decreasing list of infants and children with congenital heart disease in Jamaica.”

Remarks Stephen “Cat” Coore, “The band is delighted that we will be able to give fans, whom are not able to travel to LA to see us perform, the opportunity to watch via live stream. This will be our second time streaming our performance. Last May we hosted an informal online only rehearsal, which was streamed live on ination.tv/thirdworldbandlive and thirdworld.com. I saw the numbers first hand and it was a tremendous success. At that time, to be able to reach fans worldwide, premiere our video “The Spirit Lives,” and show a preview of the making of the video for single “By My Side,” featuring Tessanne Chin was just groundbreaking. We are confident that the numbers will double this time around and in the process 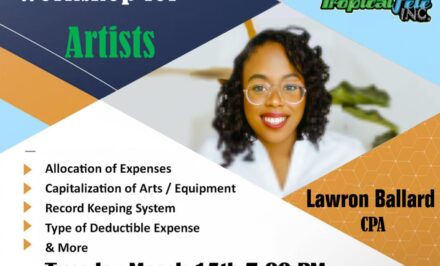